Welcome to the Language Production (and Learning) Lab

in the School of Psychology at Bangor University 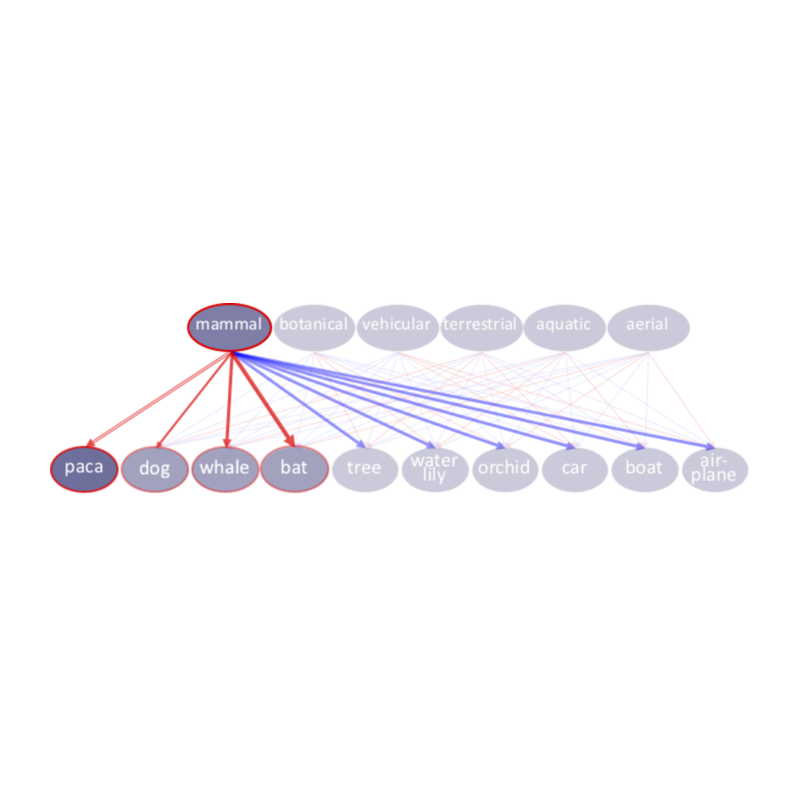 Knowing tens of thousands of words should make it difficult to find any particular word when you need it, but in laboratory experiments healthy adults can usually name a picture in less than a second. Part of the explanation for such fluency is that speakers benefit from a lifetime of practice, in two ways. First, even beyond initial acquisition, they treat each word retrieval as a learning experience, adjusting semantic-to-lexical mappings to incrementally prioritise access to the words they have needed most in the past. Second, their incremental learning algorithms weight the most recent experiences most heavily, implementing persistent adjustments that respond to changing communicative needs more rapidly than one would expect from simple accumulation alone. (Oppenheim, Dell, & Schwartz, 2007; Dell, Oppenheim, & Kittredge, 2008; Oppenheim, Dell, & Schwartz, 2010; Dell, Nozari, & Oppenheim, 2014; Oppenheim, Tainturier, & Barr, 2016; Oppenheim, 2017; Irons, Oppenheim, & Fischer-Baum, 2017; Fink, Oppenheim, & Goldrick, 2018; Oppenheim, 2018; Oppenheim, Griffin, Peña, Bedore, 2020; Oppenheim & Nozari, 2021; Balatsou, Fischer-Baum, & Oppenheim, 2021) 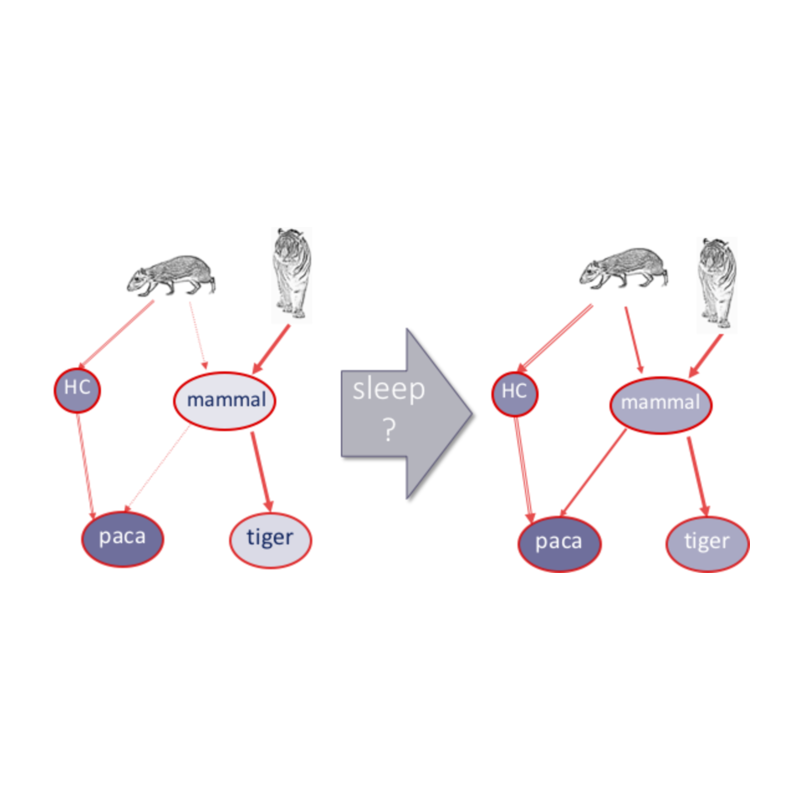 Complementary learning systems theory suggests a distinction between a person's rapid acquisition of explicit knowledge and their more gradual integration of that knowledge. Applied to learning new words, this distinction has been suggested to explain why newly acquired words may not immediately interact with more more established words. However, most prior work on novel word learning has focused on perception of non-semantic phonological strings, raising the question of how it might generalise to other aspects of language learning. This work therefore considers how possible changes in the representation and access of novel words affect meaning-driven word production. (Oppenheim, 2018) 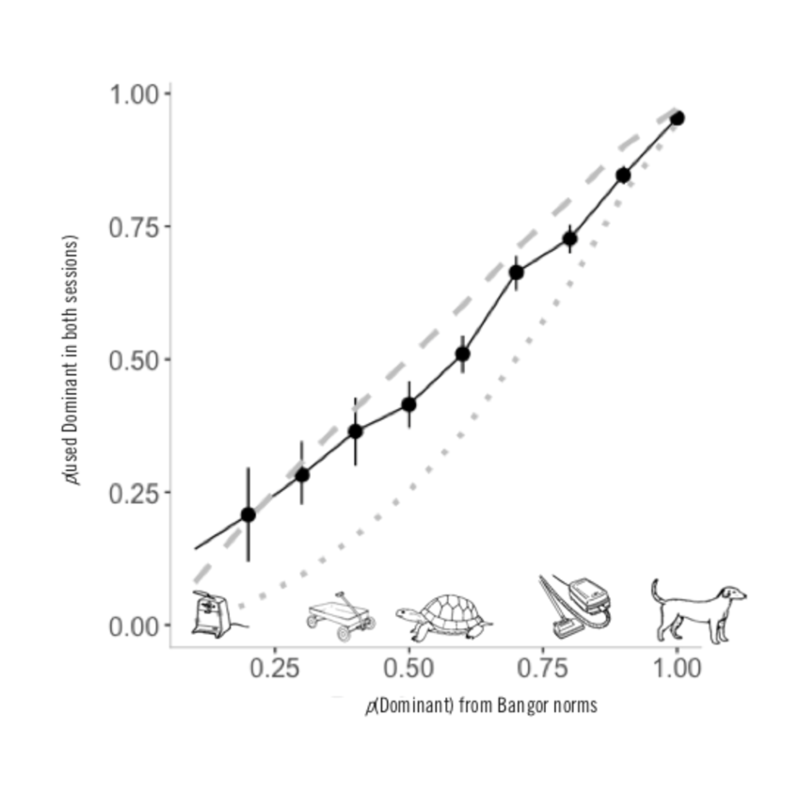 When using empirical experiments to build theories or models of a cognitive process, it is crucial to distinguish between results that reflect the core process of interest and those that merely reflect more artificial aspects of the task and ways that participants may try to adapt to it. Here we are using picture naming 'norming' procedures, combined with careful designs and sophisticated analyses, to identify core phenomena by assessing their robustness under more naturalistic conditions. (Oppenheim, in prep: new timed picture naming norms for the IPNP in British English; Balatsou, Fischer-Baum, & Oppenheim, 2021; Balatsou, Thierry, & Oppenheim, under review; Balatsou, Fischer-Baum, & Oppenheim, 2021) 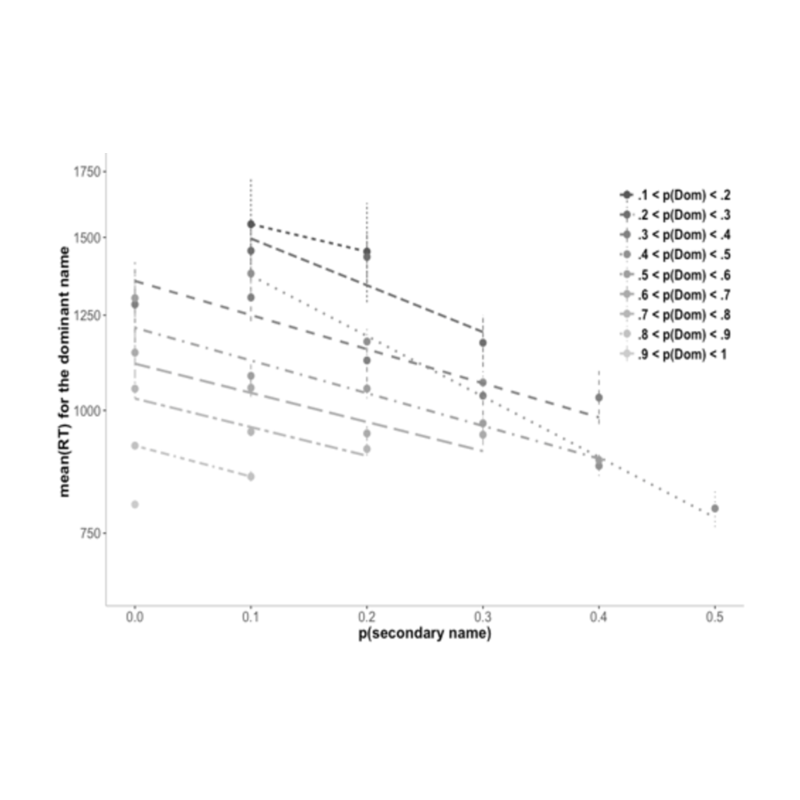 Language researchers usually assume that the goal of word retrieval is to find the absolute best word to express an intended meaning, and this idea has long served as a foundational assumption when translating empirical results into theories. Here we are exploring the idea that language production usually engages more frugal word retrieval/selection processes. These usually result in the selection of 'good enough' words; selecting the absolute best words seems to require other, temporally distinct processes that may be quite rare in normal communication. (Oppenheim, Dell, & Schwartz, 2010; Oppenheim & Balatsou, 2019; Balatsou, Thierry, & Oppenheim, under review); Oppenheim & Nozari, 2021; Oppenheim, in prep; Balatsou, Fischer-Baum, & Oppenheim, 2021) 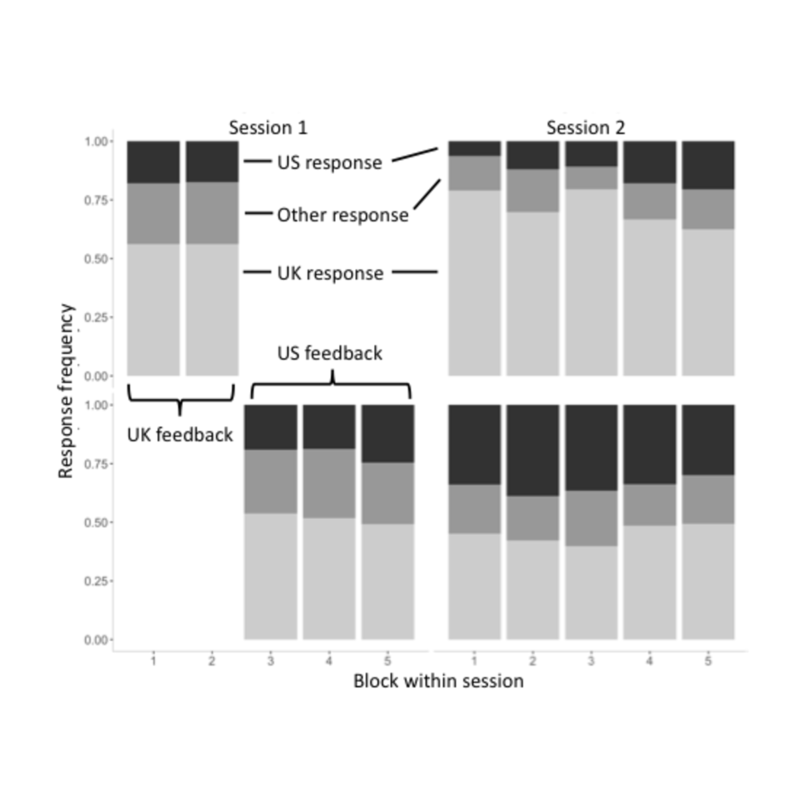 Two languages in one head

We usually think of languages as elaborate, arbitrary, semantically rich symbolic processing systems. Yet people accumulate such experience and expertise that they seem to engage them automatically and effortlessly. Here we ask how this knowledge might (or might not) be contextually modulated, in the case of people who use multiple languages or dialects. (Oppenheim, Wu, & Thierry, 2018; Egan, Oppenheim, Saville, Moll, & Jones, 2019; McMillen, Griffin, Peña, Bedore, & Oppenheim, 2020;Oppenheim, Griffin, Peña, & Bedore, 2020; Oppenheim & Jones, under revision) 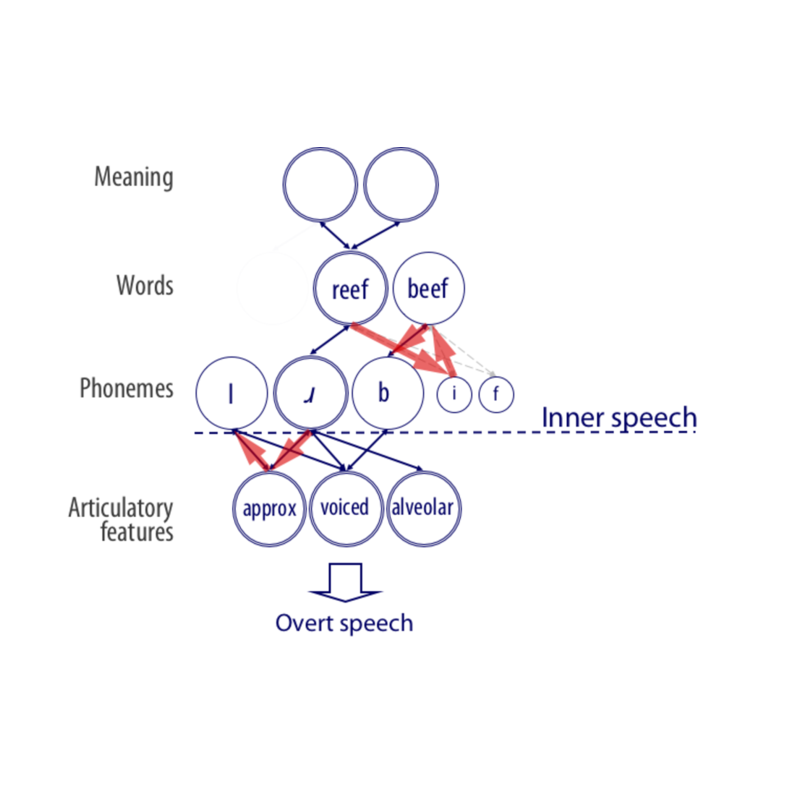 The little voice in your head

Most people associate conscious thought with the subjective experience of 'hearing' a little voice in their heads. In fact, the experience is compelling enough that it led some early behaviourists to characterise thought as 'motor habits in the larynx' (Watson, 1913). We now know that inner speech does not actually depend on motor movements; it is better described a form of mental imagery for the language production (and sometimes comprehension) process. But we can still ask how closely imagery for speech production resembles the real thing and how consistent this relationship might be. (Oppenheim & Dell, 2008; Oppenheim & Dell, 2010; Oppenheim, 2012; Oppenheim, 2013; Dell & Oppenheim, 2015) 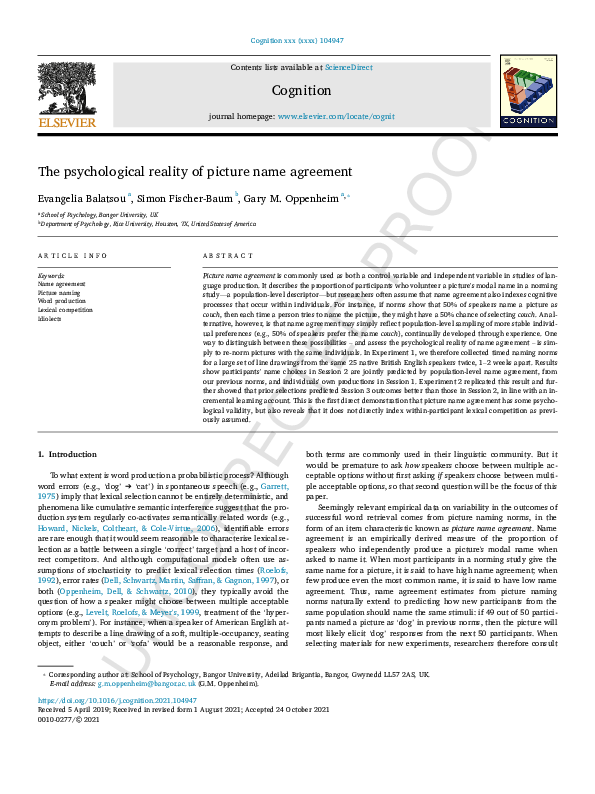 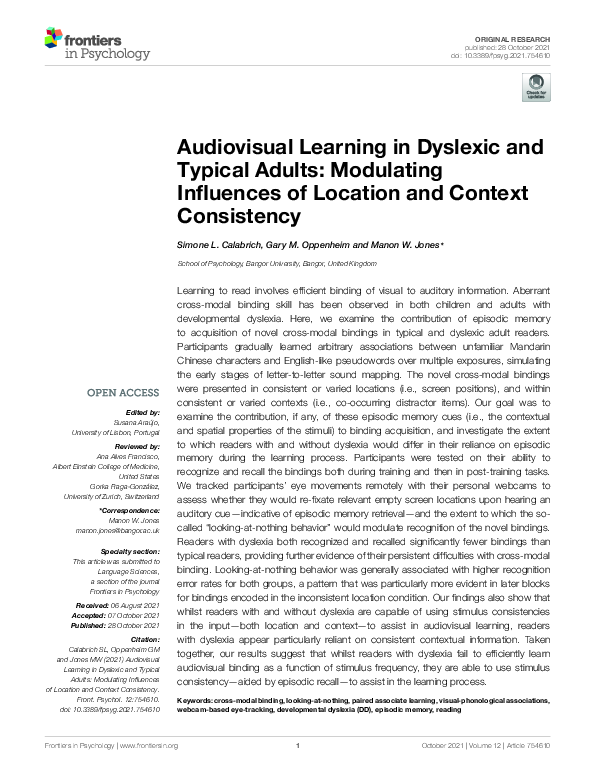 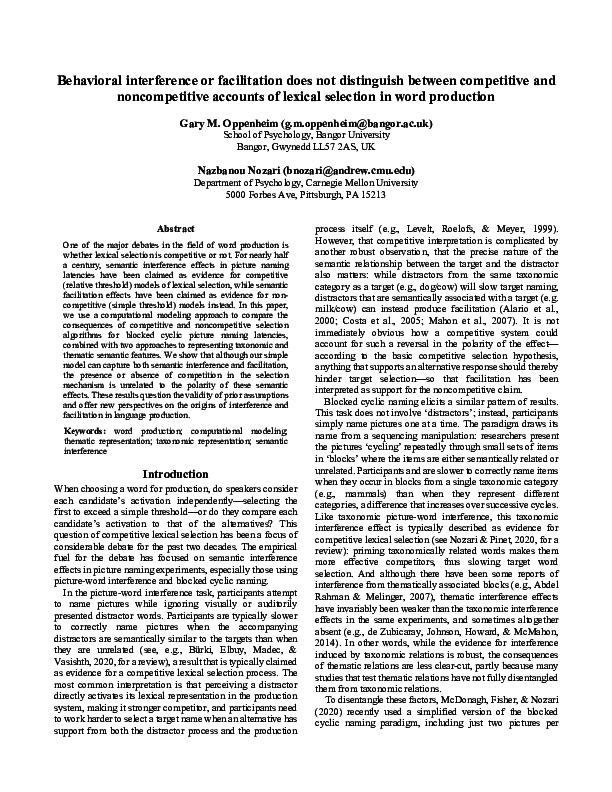 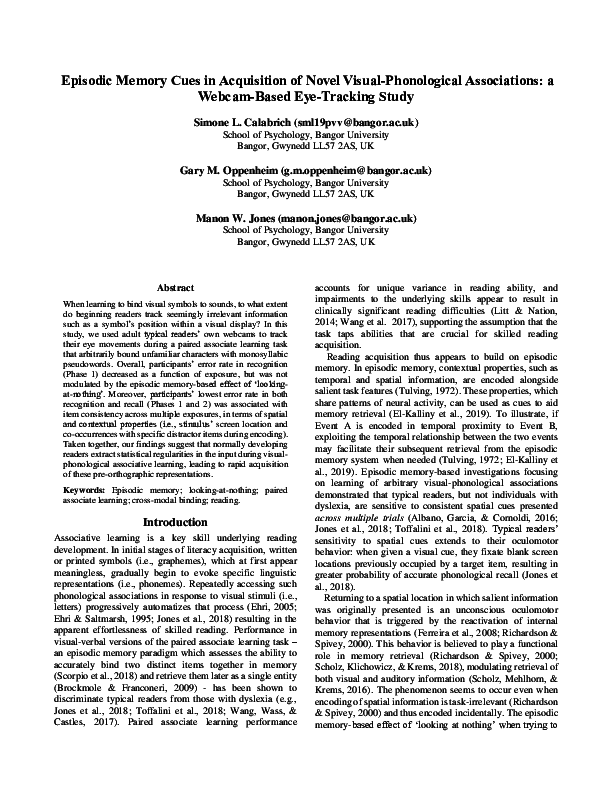 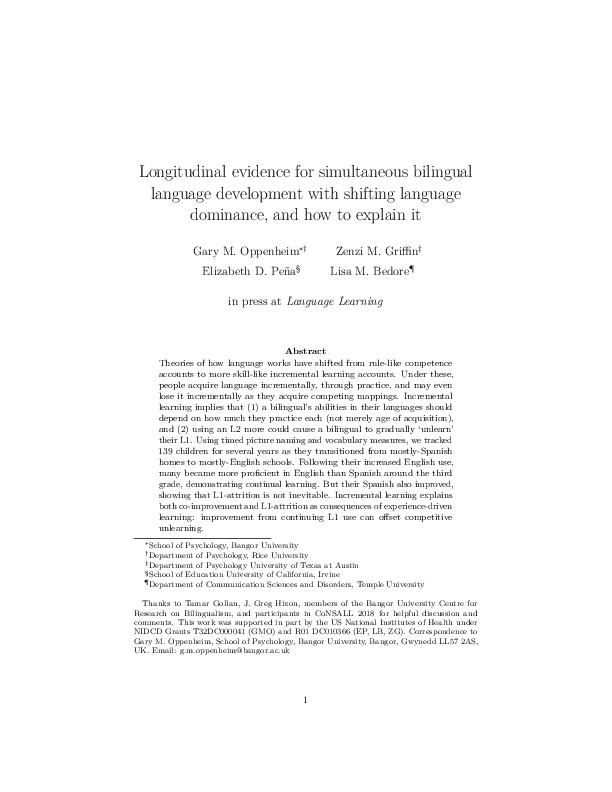 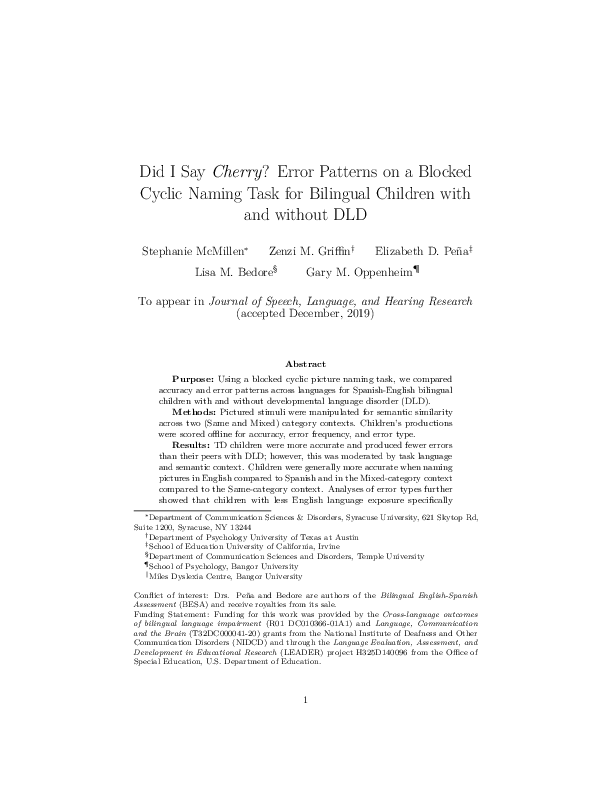 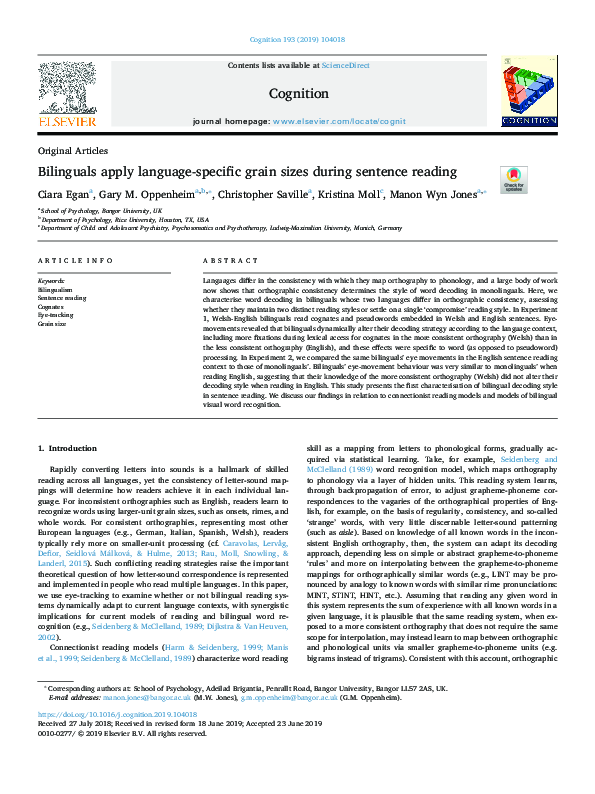 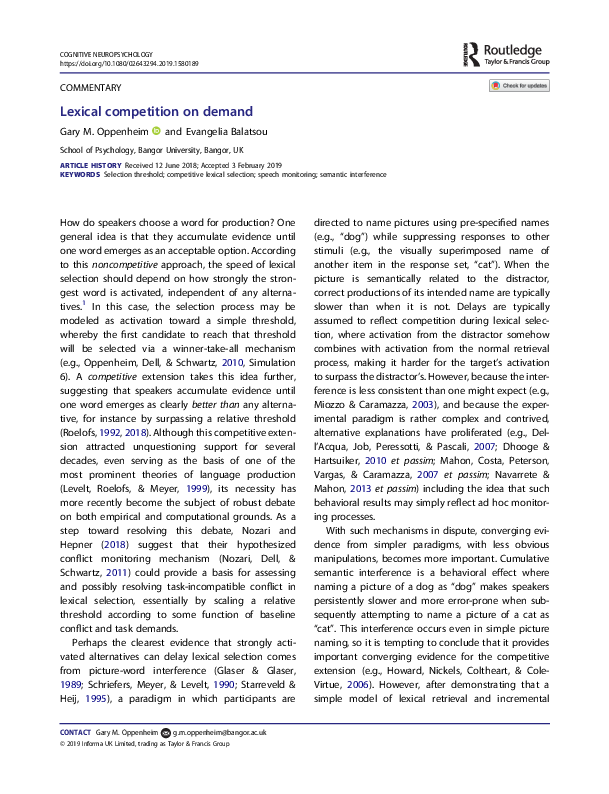 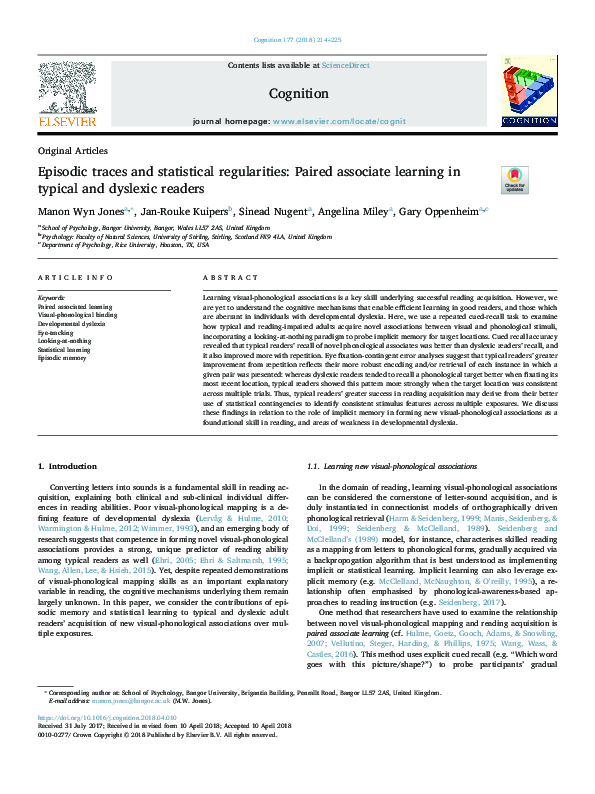 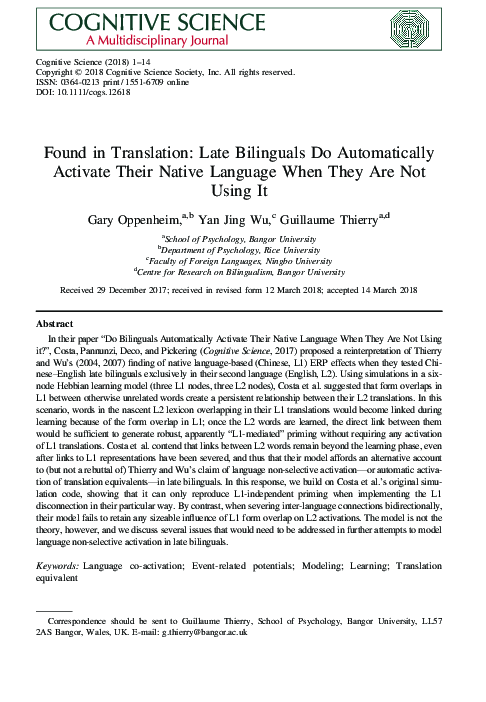 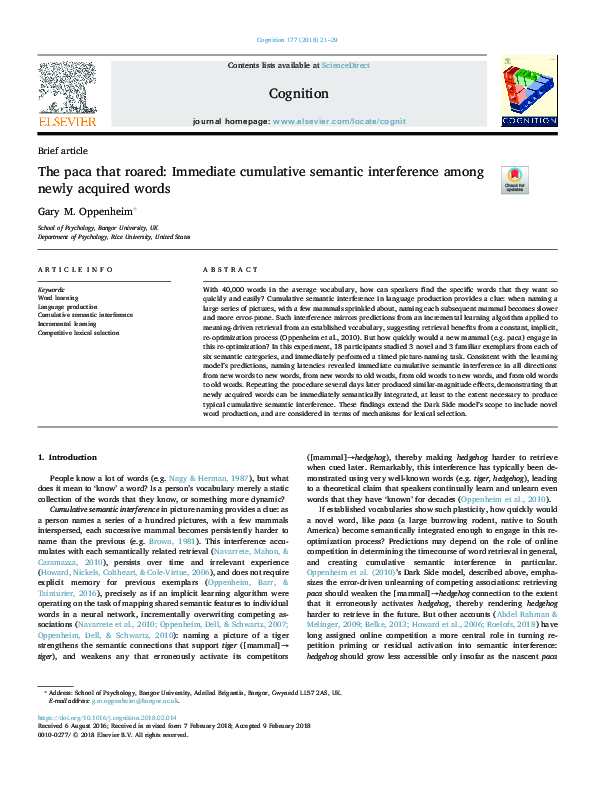 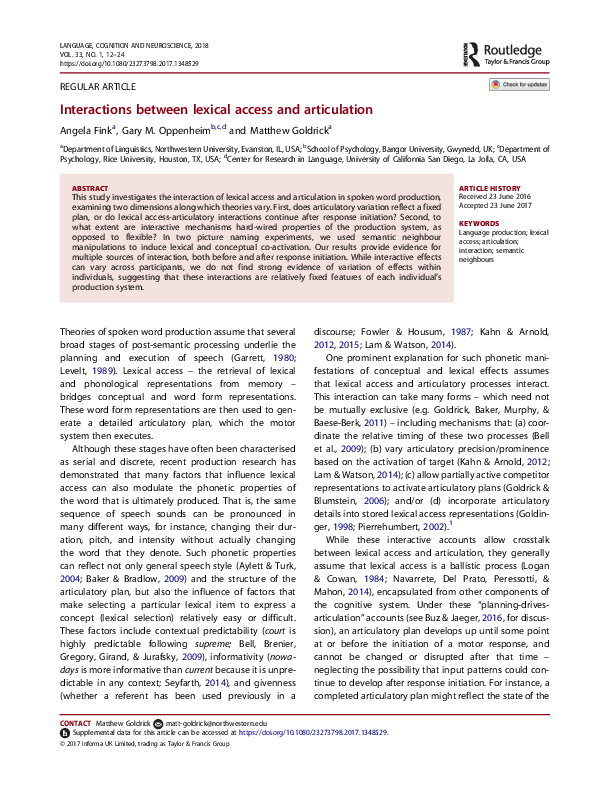